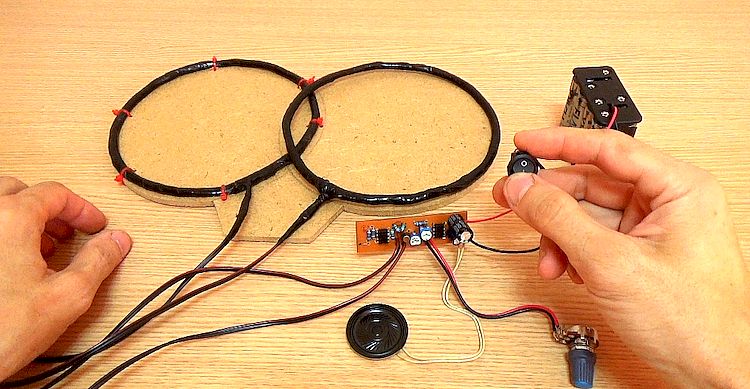 A metal detector or metal locator is a device that locates metal containing objects in a dielectric or low conductive array. The device helps to detect various metal bodies in the ground, an array of building envelopes and structures, and in the depths of the ground at the bottom of reservoirs. A branded device is quite expensive. A self-made metal detector will be much cheaper.

What is a metal detector and how does it work?

A modern electronic device detects the presence of metallic objects at a distance. The principle of operation is based on the fact that it picks up its own radio wave reflected from the metal.

Eddy currents appear on the upper part of the desired metal. They rush towards, suppressing the electromagnetic field emitted by the metal detector. A sharp drop in the field power of the device is recorded by its electronic unit. Electronics analyzes new parameters of the electromagnetic flux and signals the presence of metal.

The difference between simple designs and devices with more “sophisticated” electronics is that expensive devices determine not only the type of metal, but also the depth of its location, and also have a discrimination option.

The composition of the instrument circuits directly depends on the principle of operation of the metal detector electronics. The following types of schemes are distinguished:

This method of action is denoted by the abbreviation BFO (beat frequency oscillation). The device is based on an LC generator. Generators of this type have a high stability of the frequency of the emitted waves.

The LC device receives the actual beat frequency through the search circle coil and compares it with the reference data. The resulting difference is accompanied by a sound signal through the built-in speaker. The used frequency is between 40 and 500 kHz.

BFO devices are characterized by low sensitivity and low offset from wet and mineral ground. The use of this method is most often found in cheap models of domestic production.

VLF method provides high sensitivity of the device. The metal detector is good at determining the nature of objects, which occurs by assessing the characteristics of the phases. The schematic of the device has a rather complex configuration. The coils must be pre-balanced.

Reconstruction from the mass of the studied environment and discrimination of metal objects is performed by phase-shifting circuits. The TR / VLF modification analyzes the phase characteristics of electromagnetic fields, which makes it possible to distinguish ferrous metals from their colored “counterparts”, to build up from the land mass and various foreign inclusions in its environment.

Metal detectors of this type are characterized by high sensitivity. The resolution quality of the device largely depends on the diameter of the search head. The larger this size, the better the process of detecting metal products in the depth of the massif is carried out. On the basis of this principle, the bulk of serial metal detectors are manufactured.

The high frequency format of the RF (radio frequency) device has 2 coils. They are spaced a certain distance from each other. An emitting coil sends a signal to the outer surface of the target metal. The receiving element captures the reflected signal. The usable radio frequency ranges from 70 to 500 kHz.

A device built on this principle does not distinguish the nature of metal bodies, does not “see” small objects. It should be noted that it perfectly recognizes large metal objects at a great distance – in the depths of the studied environment.

The generator of a pulse-induction device of the PL format (pulse induction) supplies a signal of a pulse nature to the oscillatory circuit of the search device. Estimated data is the time of the transition period – the position of the trailing edge of the voltage pulse. The operating frequency is in the low range – from 50 to 4000 Hz. 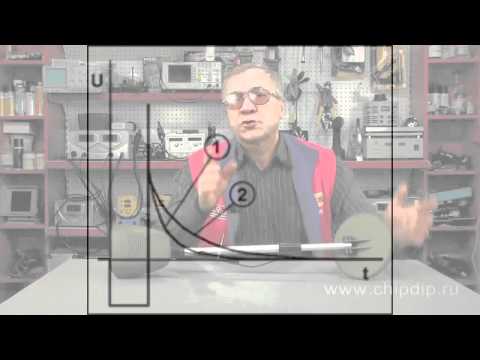 Breakdown of resonance – OR (off resonance) format. The principle of operation of the MI device is based on a method for assessing the magnitude of the signal amplitude in the coil. The loop is tuned close to resonance with the emitted signal.

The appearance of a metal object in the search area causes resonance or its complete elimination. This is marked by an increase or decrease in the amplitude in the oscillatory circuit.

The method is not used in factory-made metal detectors. They are mainly used in the development of homemade amateur radio designs.

What is Metal Discrimination? 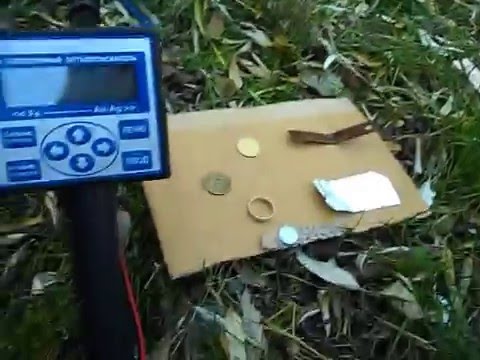 Units equipped with a display can display a discrimination scale from “0” to “99”. The more the indicator of the device’s indication tends to 0, the lower the electrical conductivity of the found metal object.

In some models, the discrimination bar is graded for such metals as iron, nickel, zinc, aluminum, gold, copper and silver. The device can make allowances for the inclusion of a ligature in the main composition of the material. The type and amount of ligature in a metal changes its electrical conductivity.

Metals are practically never found in their pure form, therefore, in complex high-level devices, there are options that allow you to “ignore” such metals as iron, nickel and aluminum. The metal detector will respond to the detection of gold, silver and copper.

Selective discrimination of metals allows you to reduce the time spent on detecting unnecessary objects and not waste energy on digging unnecessary holes. 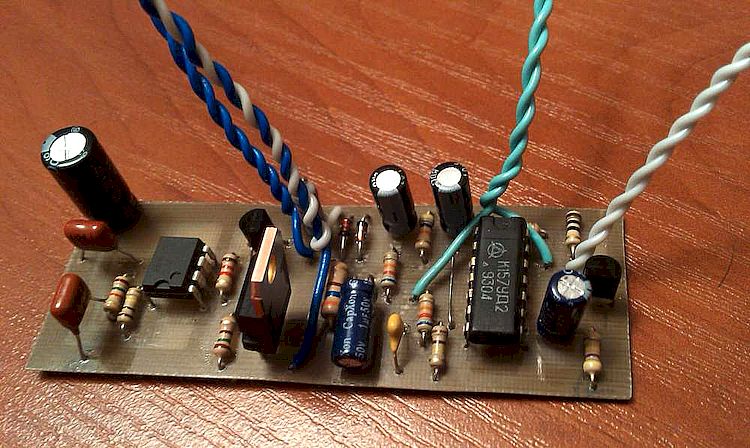 The desire to assemble a metal detector with your own hands is primarily due to the economic factor. The factory-made finished product is quite expensive. There are models costing up to several tens of thousands of rubles. The mass media publish a lot of “recipes” for the manufacture of homemade devices.

To detect metal-containing objects in the soil, you can make a metal detector with the Pirate scheme.

Pirate is an impulsive metal detector with simple electronic circuitry. The name has nothing to do with sea robbers. The Latin abbreviation consists of two abbreviations: PI (impulse principle) and RAT (name of the author’s site).

To make a homemade metal detector, you need to prepare several items in advance – this is a search coil, an electronic control unit and a holder rod. 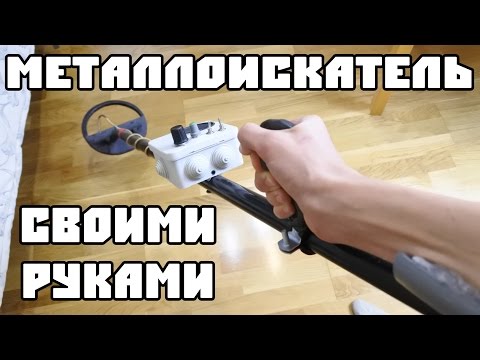 Recommended search coil sizes and wire parameters are shown in the following table.

Any dielectric length is used as this part. This can be a wooden tool holder, a mop, or a plastic tube. A search circle is attached to the lower end of the rod. At the top, the housing of the electronic control unit is often attached. The length of the bar is determined by the owner of the equipment himself – according to his height.

For the housing of the electronic unit, various box-shaped plastic products are used. The main thing is that the device circuit and batteries can fit freely in the case, but at the same time compactly. Electronic stuffing is assembled on the basis of transistors and microcircuits.

in the fresh air.